This Update has FOUR messages this week which we would ask you to please read and understand. Sadly, most of these are negative messages which we really don’t want to have to keep repeating.

Late scores fines – Weekends – 5pm at the latest as per rules 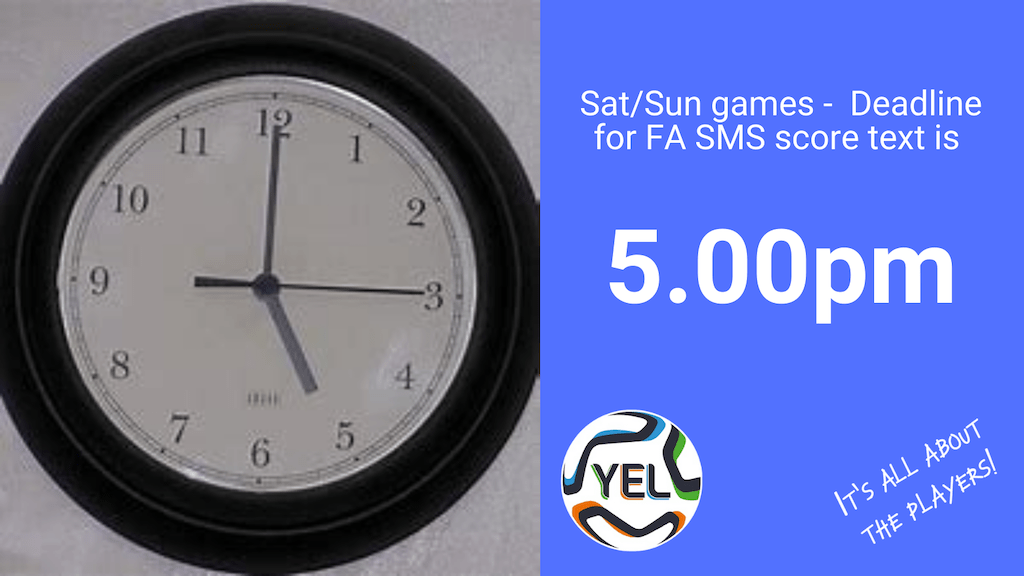 For some reason there has been a spate of no text/ late texts for match results over the last few weeks. This is a reminder that every team should receive an automated SMS text from The FA during their game and should text the result into the league no later than 5pm on Sat/Sun otherwise you will be fined.

Rule 21 (A) – Both teams shall use SMS to notify the result of each Competition Match to the league by 5pm on the day of the game (10pm for midweek games). Failure to comply with this Rule will result in a fine in accordance with the Fines Tariff

Any team that is not receiving the automated SMS text should contact the YEL Office immediately yel@live.co.uk specifying which team and playing day you are and the system will be updated. 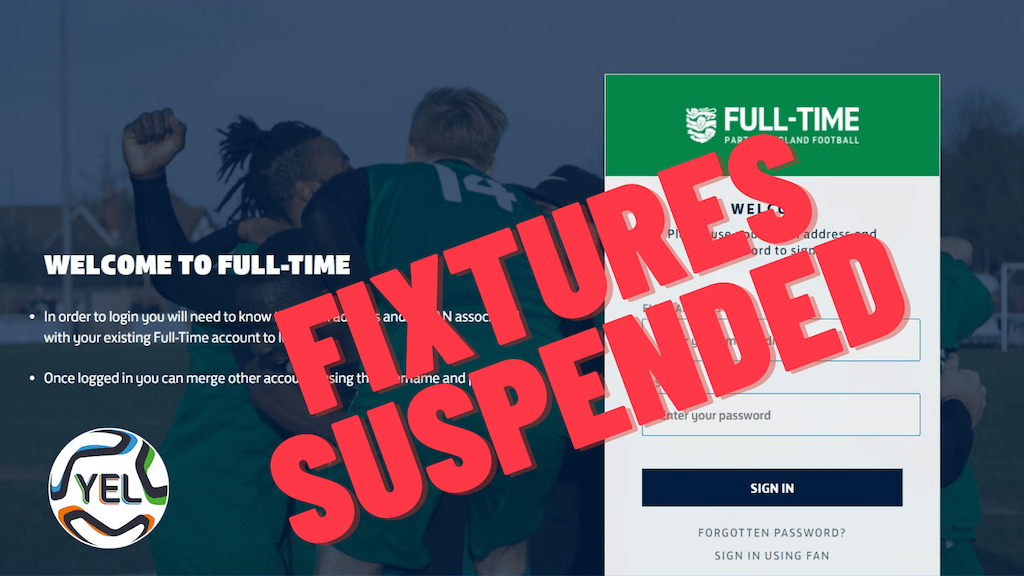 Despite numerous reminders, there are still some U9 to U14 teams that are not completing match returns on Full-Time. This is against the league rules. Fines are still being issued which are totally avoidable and create unnecessary admin. Any team that has two or more outstanding match returns will not only have to pay the fines but will have their upcoming matches suspended until the outstanding returns are brought up to date.

Abuse, YOU’VE LOST! – First teams have had refs removed – make them the last! 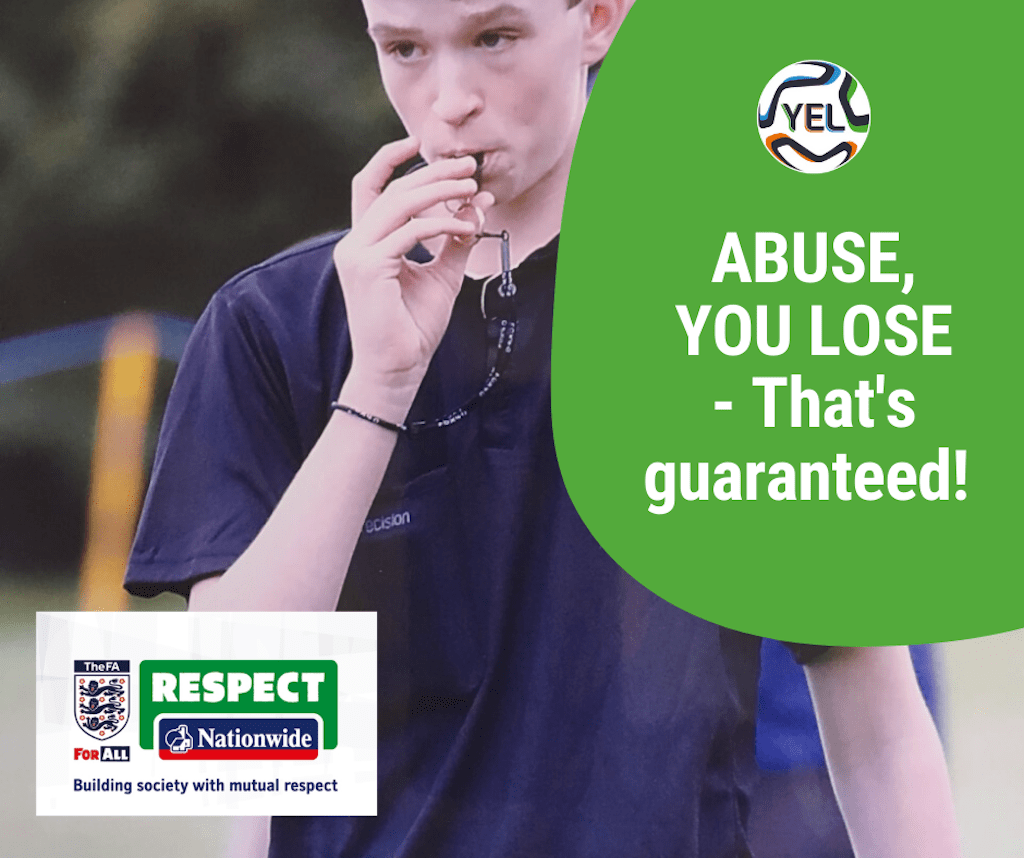 Sadly, we have had three respect cases this week from referees who have reported receiving verbal abuse. These have gone straight to the CFAs concerned and the teams responsible for the abuse will not now have an official YEL appointed referee for their next two home games and the opposition will be given the opportunity of sourcing a referee at the home team’s expense. Depending on the outcome of the investigation by the CFAs, the three teams concerned could move up to two steps along the YEL Respect traffic light system towards the point where an SGM is called for the rest of the members to consider their continued participation in the league. Make no mistake – abuse will not be tolerated and is being taken seriously by the league. You have been warned. 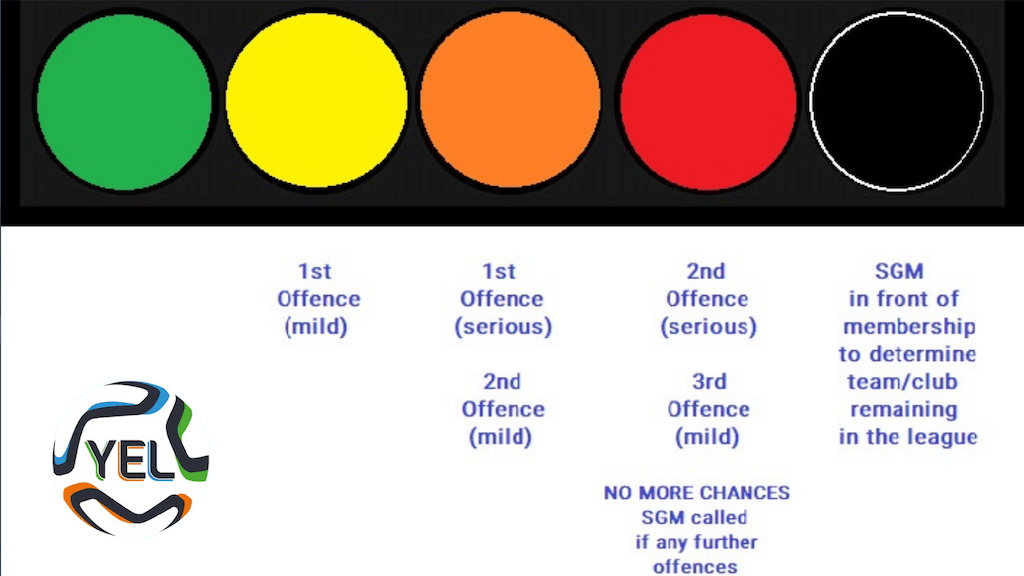 The YEL Respect team use a traffic light system for all teams in the YEL as part of the constant drive to improve standards of behaviour for all participants in YEL football. All teams start on green. If a Respect case is recorded against a team on Scoreline the team will move to either yellow or amber depending on the seriousness of the offence. If another offence is recorded against the team, they will move to the next stage of the traffic light system. As mentioned, teams can jump two colours if the offence is deemed serious enough to warrant it – this can be, but is not always, as a result of an accompanying formal FA charge. If teams arrive at red this is the final stage and needs to be communicated to all involved in and around the team, that they are one infringement away from the potential of a Special General Meeting being called of the remining membership to decide on the team’s future involvement in the league by the members present. These can be called at any stage of the season. All Club Secretaries can see the state of their teams on Scoreline.