This Update has FIVE messages this week which we would ask you to please read.

Reminder for all Winter league champions/runners-up 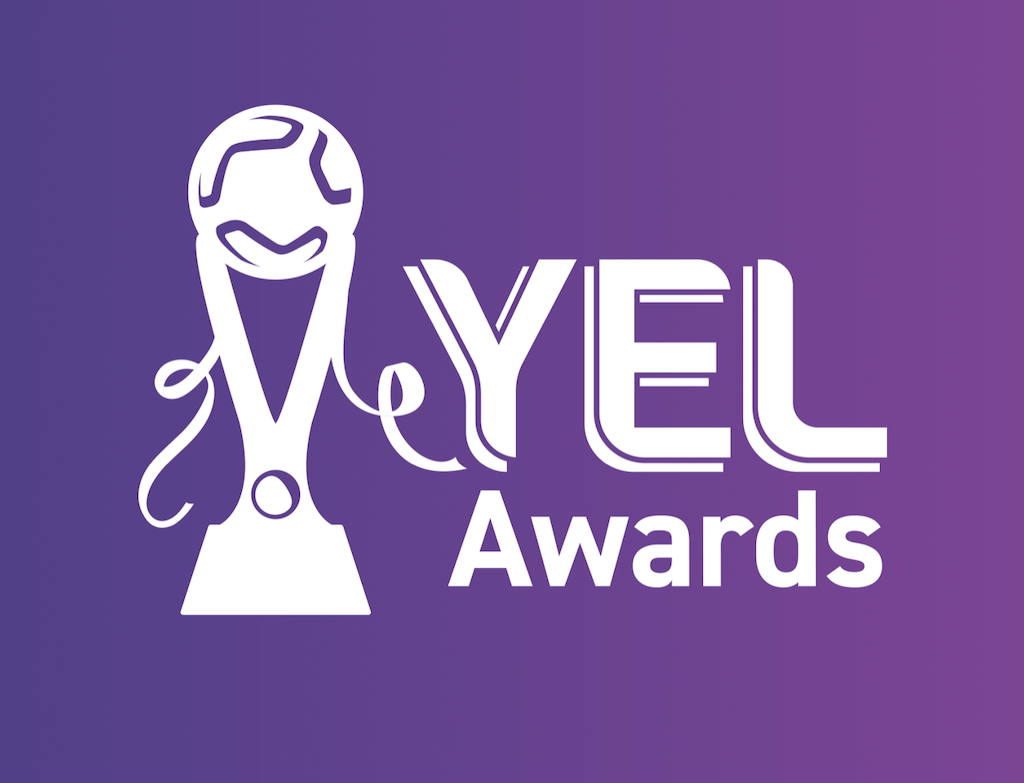 By now all teams who are champions or runners-up in the Winter league should have received an invite to the YEL awards for Saturday 14th May or Sat/Sun 11th/12th June. If you have not yet responded and confirmed you are coming, you must email events@yelonline.com ASAP to confirm. Details of where to pay your £40 deposit have already be emailed to you. This is Winter league only.

Those teams who have confirmed, will have received an email from us asking for final numbers and payment. Please ensure you follow the instructions in the email and confirm numbers/payment no later than Tues 22nd March to events@yelonline.com Anyone in any doubt as to what to do, please contact us as soon as possible. 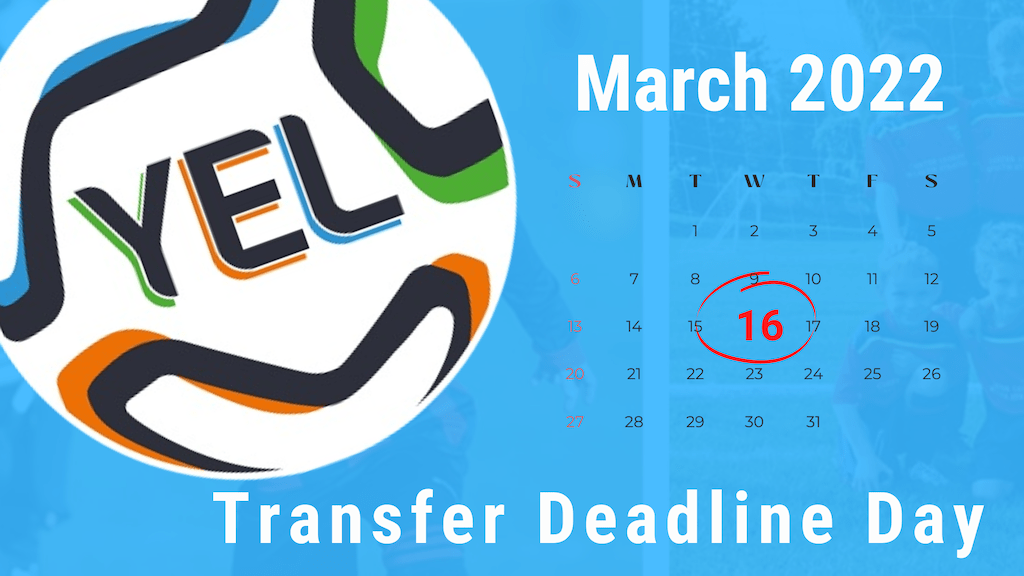 REMINDER: As per YEL rules 18(I) A Player may not be registered for a Club nor transferred to another Club in the Competition after 16th March except by special permission of the Management Committee. 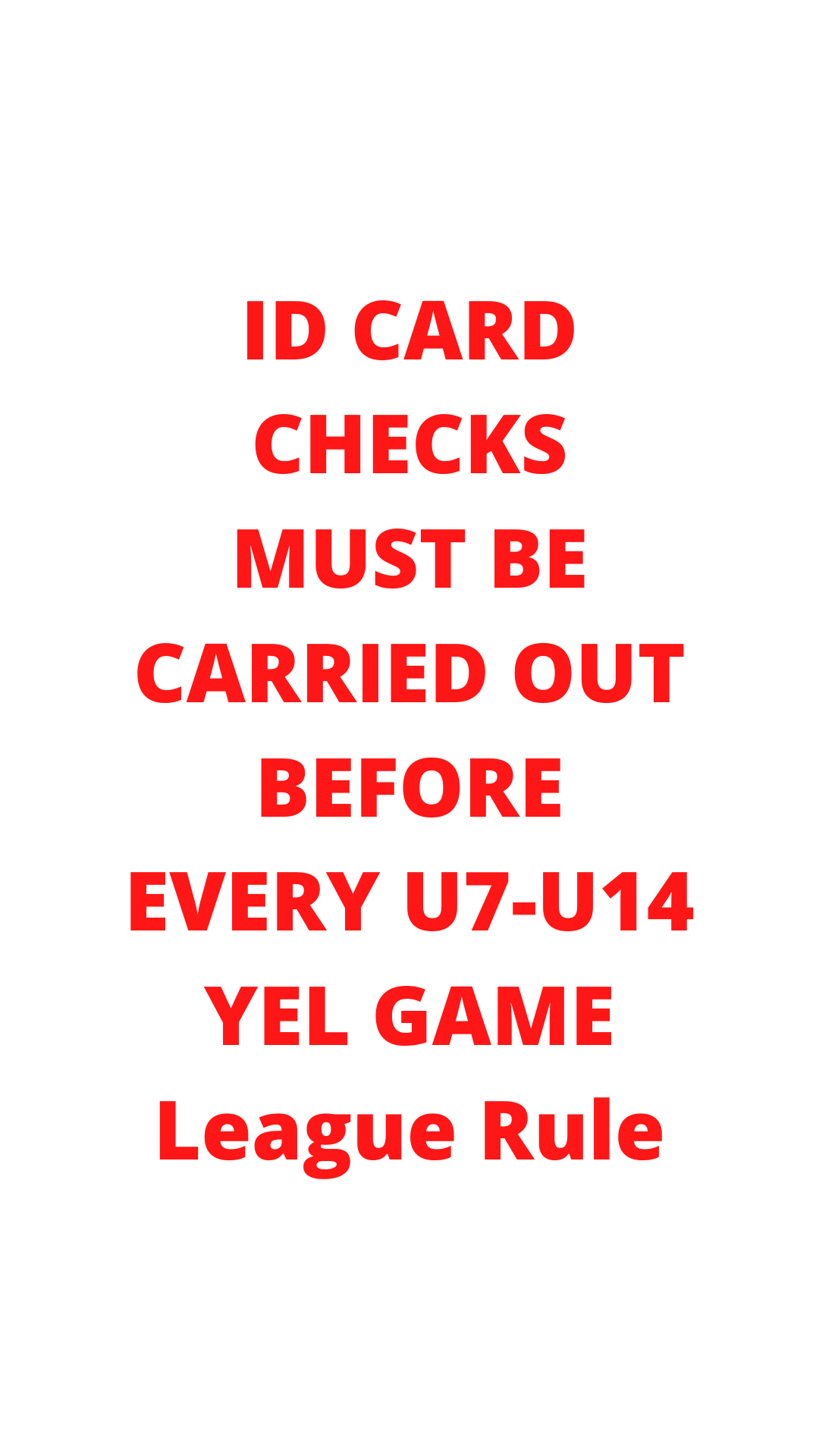 Concerningly, we are receiving anecdotal reports of some teams not doing card checks before games. This is a reminder that it is a league rule that both teams in ALL YEL organised games – league, friendly and cup games – must show their ID cards downloaded from WGS prior to the start of the game. If you have somehow avoided showing cards to this point of the season, count yourself very lucky not to have been fined. Please ensure that this weekend you have ID cards/sheets available for inspection by your opposition. Anyone found to not have shown cards will immediately be referred to the YEL Discipline team. Apart from fines, other sanctions are available. For cup competitions in particular, anyone not showing cards can be treated as a cancellation on the day which will result in instant removal from the cup. There is no reason for ID sheets/cards not to be shown so please do not be responsible for your players being removed from the cup or have points removed from them after they have won a league fixture. 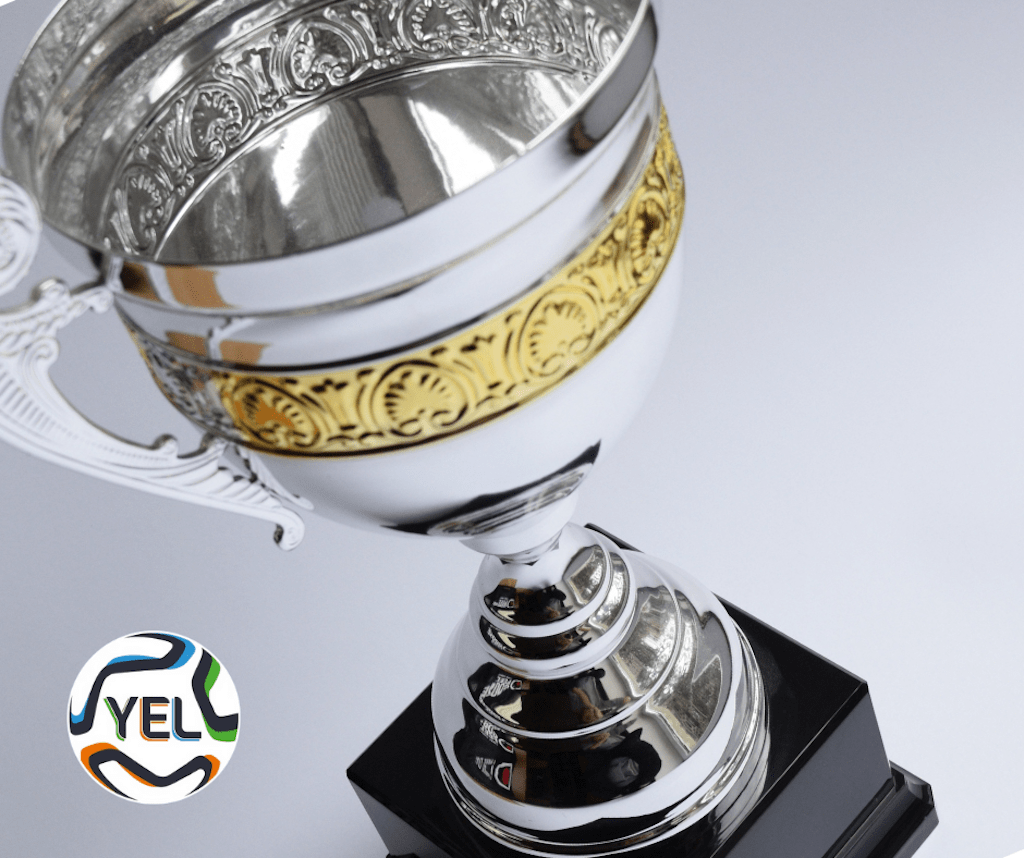 Cup competition matches – We would remind everyone that it is a rule that cup games must be played on the date scheduled (or anytime in the week leading up to the scheduled date with the agreement of the opposition for games up to and inc. the quarter finals). Semi finals and the finals are set and cannot be moved to an earlier date.

Cancellations – As per the COVID update, matches can no longer be cancelled for COVID reasons without penalty. Teams must play with the players they have available provided they have the minimum number of players as set by The FA. Any cup cancellations will be referred to the YEL Discipline team. Please be aware – it is highly likely that the game will be awarded to the opposition in these instances.

What is/isn’t permitted in an FA league sanctioned game 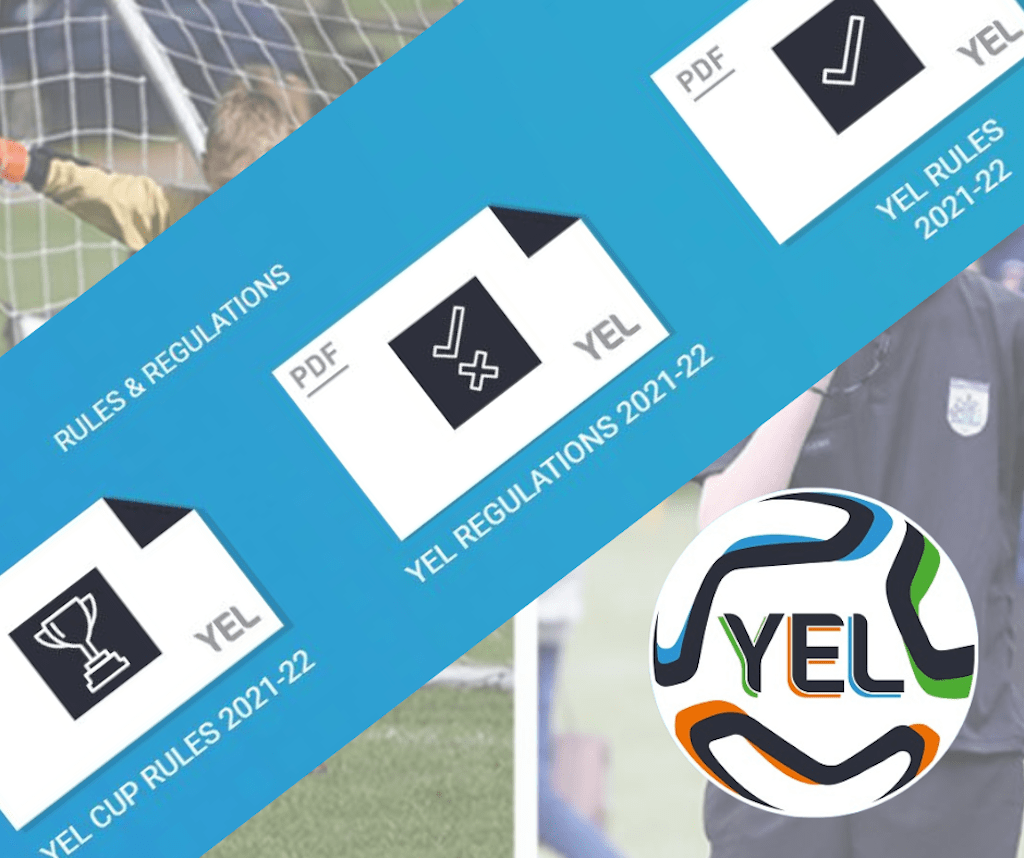 Playing out of format football – In a YEL organised game, you cannot agree to play outside of the format of that set for your age group. We are aware that two teams agreed to play 7v7 in a U8 5v5 fixture. We are also aware that two U10 teams played 9 a side in a U10 7v7 fixture. All four teams have been fined for breaking YEL/FA rules. Any game organised by the YEL must comply with the rules.

Loaning players – Under no circumstances should any team loan players to another team that is short in a YEL organised game. Whilst this may be done in good faith, it would be breaking YEL rules regarding playing ineligible players. Also, there is a huge insurance implication if one of the loaned players gets injured or causes an injury to another player. If you want to balance the numbers up, ask the opposition if they would be willing to drop to the same numbers as you have. PLEASE NOTE: There is no requirement for them to agree to this.